Home Articles Mohideen Baig: The conscience of a collective 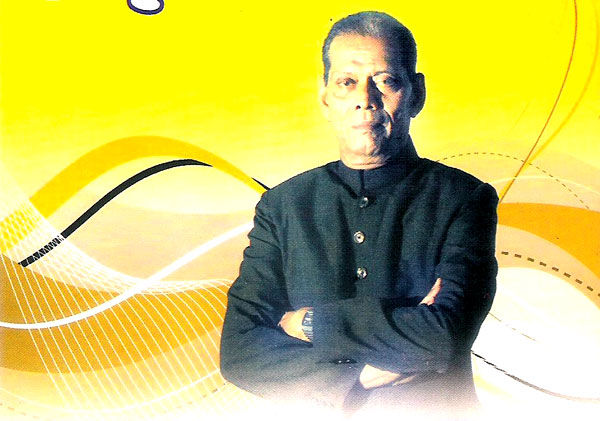 He was not forgotten in his time. In 1956, S. W. R. D. Bandaranaike conferred a Distinguished Citizenship on him. In 1967, he won the Sarasaviya Award for the Best Playback Singer for the film Allapu Gedara. He won the Kalasuri titles twice, in 1983 and in 1987. He got the opportunity to appear at our first Independence Day ceremony and at the 1974 Non-Aligned Summit in Colombo

Some days are special. They celebrate life. They record milestones. They ensure that we do not forget. Not all are special and not all record history, but they tend to be special nevertheless. Sure, we sometimes forget why, but just for once, if we can concentrate on the particularities of a date, we will find that there are more reasons than one why a day, or a set of days for that matter, ought to be celebrated. Especially in Sri Lanka, one can add, given that we boast of a great many days dedicated to the various faiths that adorn our country and make up our identity.

Yesterday was Poya, the day before Mawlad. The former was and is celebrated by Buddhists, the latter by Muslims. Two days, utterly insignificant and mundane. Two days, demarcated by the calendar. Two days, for me a symbol of how diverse we are and which in turn point at better symbols, all of which affirm coexistence and hybridism in more open, expansive ways. Symbols that exist and persist, among a great many other fields, in the realm of the arts.

People have written on Amaradeva, by the dozen. Therefore, I will write on Baig.

Mohideen Baig sang of many things. Like love. Or charity. Or the intricacies of a faith adhered to by the majority of this country. His voice opened up so well that we forget the man behind the song. That voice found its way to more than 400 films, most of which are probably known more than anything else for the fact that he was featured as a playback vocalist. He won some awards, though that didn’t ruffle him, and in the end, because he dedicated his life to his art, he neglected his own welfare. Back then artistes didn’t just engage in their work, after all. They wallowed in it.

He was born in 1918 in Salem, Madras to a fairly middle-class family that had aspirations for their children in other more mundane fields. From an early age though, young Baig rebelled against his parents, more specifically his father. At one point his headmaster told the father that he was not studying enough, which naturally earned the ire of his family and which compelled him to run away from home the following day. He eventually became a male vocalist at the Boys Dance Company in Trichy, which admitted him after he sang for them a song of S. D. Burman’s guru, K. C. Dey.

Not too long afterwards, he was found by the police and sent back home. But his fate, for him at least, had been sealed. When he encountered his family, he told them bluntly that he would be a vocalist. He wanted to be an Ustad, the highest honorific for a musician in his country. The parents, naturally enough, were stunned. He was not quite 13 at the time.

Baig had a brother who was stationed as a police officer in Colombo. That brother was killed in an accident and his funeral, in keeping with the practice of Muslims, was held at once in Sri Lanka. Young Baig and his parents came to the country to attend the cremation.

Fate works in strange ways and so the ardent artiste, enamoured of a country that wouldn’t remind him of the pain, the toil, and the disagreements he’d run into in his homeland, decided to migrate here.

He did just that in 1932, despite the many protests made by his family. He wasted no time and wasn’t undecided: in 1935, he performed his first song, “Karuna Muhude Namu Gileela,” while a little more than a decade later, he sang in the country’s second feature film, Asokamala. In all this, moreover, he had a veritable guru and mentor: Mohamed Ghouse, or Ghouse Master.

6,500 songs are a hefty amount, especially considering that vocalists today try to clinch fame with a fraction of that number, and for Baig, music became his way of life, his way of articulating a message, an emotion, or even a story, no matter how many songs it took. The films he was involved with helped, of course, because after all at a time when the cinema here was in its infancy, the likes of Kele Handa, Sujatha, Daiwayogaya, and Deiyange Rate (the latter of which paired him with G. S. P. Rani in my favourite song of his, “Welle Kiri Welle”) entranced spectators.

The cinema of a country, no matter what commentators will say, is linked to the faith and the worldview of a collective. Even in as puerile an adaptation as that of W. A. Silva’s Deiyange Rate, there are sequences where the aspirations and even founding myths of the Sinhala Buddhist community are affirmed. Because they were based on stories authored by writers who propagated (cultural and political) nationalism, they needed a cohesive affirmation of that same nationalism in nearly every field when transposed to the screen. Among these fields, no doubt, was music.

That is how Mohideen Baig came to us. After Asokamala and a few other films that tried to forge an identity out of an art-form derided as too Western, a series of adaptations of the novels of W. A. Silva and Piyadasa Sirisena, which embraced a way of life that was fast eroding and a collective that was encountering modernity, were made. They made the rounds at the box-office and more importantly, featured Baig to such an extent that whenever there was a song “about” Buddhism, he was called in.

From the fifties therefore, he gave us his best: “Buddhang Saranang Gachchami” and “Thaniwai Upanne” are just two of his most heartfelt songs, heartfelt not because they affirmed the faith of the majority cosmetically but because they seemed to have been sung by a man who adhered to that faith. And it wasn’t just about Buddhism, of course. He could sing as acutely of love: “Anna Sudo” and “Parama Ramani”, being the evergreen classics they always were, paired him with that foremost exponent of the love song here, Rukmani Devi. A detailed recounting of all his songs, however, would be beside the point in this article.

He was not forgotten in his time. In 1956, S. W. R. D. Bandaranaike conferred a Distinguished Citizenship on him. In 1967, he won the Sarasaviya Award for the Best Playback Singer for the film Allapu Gedara. He won the Kalasuri titles twice, in 1983 and in 1987. He got the opportunity to appear at our first Independence Day ceremony and at the 1974 Non-Aligned Summit in Colombo.

He was not, however, so enamoured of these titles to be complacent. And so, until his last day (November 4, 1991), when he died at the age of 71 owing to an infection acquired during a cataract surgery, he went on singing despite the many financial and economic problems he and his family faced (on a TV show, I clearly remember, he vented out his sadness and frustration in front of Premakeerthi de Alwis and Victor Ratnayake on a TV, both of whom listened intently).

Did he become an Ustad? Perhaps. But in keeping with his stance on awards and accolades, it never really mattered.

For the man meant more to this country than he himself realised. Being a Muslim, he would have also understood those little details which go into the celebration of a collective. He wasn’t cut off from his own heritage, moreover: while he sang for Buddhists, he followed his own faith diligently.

That is why we can say that he taught us some lessons. Chief among them, that one didn’t have to come from a particular community to celebrate it. There are things that go into celebration, after all, none of which can be really monopolised by a collective. And in these harsh times, when we are still reaching out to other identities, I suppose that helped and will continue to help.

Mohideen Baig was born the same day as W. D. Amaradeva. None of them were at-birth Buddhists, while the former remained a non-Buddhist his entire life. I believe that tells something. What it is, we should note.

And so, we can ask: Are we better as a nation for these people? Should we continue rekindling their memory? Have we gone back since their passing away? And if we have, is there hope?

To all these, I can only answer: perhaps.